This forms part of the Commission’s wider “Fit for 55” package of proposals designed to ensure that the EU is able to meet its target of at least a 55% reduction in greenhouse gas (GHG) emissions by 2030 (compared to 1990 levels). For more information on the rest of the package, see our Fit for 55 microsite.

The EU ETS proposals are accompanied by a Q&A and should be read alongside the Fit for 55 Communication.

What is the EU ETS?

The EU ETS was set up in 2005 and was the world's first international emissions trading system. The EU ETS is now into its fourth trading phase (2021-2030). It is essentially a market-based mechanism for putting a price on carbon. It has also served as inspiration for the launch of emissions trading schemes in other countries and regions – including most recently in the UK and China. For more background information on the EU ETS, see here.

So what is the Commission proposing to change?

The Commission is proposing that emissions from EU ETS sectors be reduced by 61% by 2030 compared to 2005 levels. This means a steeper annual emissions reduction of 4.2% (instead of 2.2%), following a one-off reduction of the overall emissions cap by 117 million allowances.

The Commission also proposes to strengthen the Market Stability Reserve, enabling it to absorb the historical surplus of allowances more quickly.

Phasing out of free allowances for certain sectors

The Commission has put forward a proposal for a Carbon Border Adjustment Mechanism (CBAM) (see here), which addresses the risk of carbon leakage for a targeted number of sectors (iron and steel, cement, fertiliser, aluminium and electricity generation), by pricing the embedded emissions in certain goods imported to the EU (less any carbon price paid at source). The intention is to ensure that the EU's climate ambition is not undermined by less ambitious climate policies in other parts of the world. The CBAM is an alternative to free allocation to protect against carbon leakage and so the two measures should not overlap (not least in order to remain compatible with WTO rules). So free allocation under the ETS for in-scope sectors will be gradually phased out as the CBAM is phased in.

For all other sectors, free allocation will continue to be based on benchmarks representing the level of performance of the best installations. The Commission aims to allocate free allowances in a more targeted way and to incentivise the uptake of low-carbon technologies. The maximum annual reduction rate of the benchmark values will increase from 2026 onwards, shifting more free allocation to sectors that are harder to decarbonise. Moreover, free allocation will in future be made conditional on decarbonisation efforts. Installations that are required to conduct an energy audit under the Energy Efficiency Directive will be required to implement those recommendations, or demonstrate the implementation of measures with equivalent emissions reductions. If they do not comply, their free allowances will be reduced by up to 25%.

Although there has been a recent reduction in air traffic as a consequence of the COVID-19 pandemic, aviation emissions are projected to grow further. According to the Commission, CO2 emissions from aviation at EU-level made up 3.7% of the economy-wide total or 15.7% of CO2 transport emissions in 2018, with the EU responsible for 15% of the global aviation CO2 emissions in 2018.

The Commission is proposing to gradually remove free allowances for the aviation sector and to move to full auctioning of allowances by 2027. The total number of aviation allowances in the ETS will be capped at current levels and be reduced annually by 4.2% (the linear reduction factor).

The EU ETS currently only applies to flights between airports located in the EEA. (For the treatment of flights to/from the EU/EEA and UK, see here.)  The Commission is proposing to implement the global Carbon Offsetting and Reduction Scheme for International Aviation (CORSIA) scheme for international flights. The EU ETS Directive will therefore apply CORSIA to EU-based airlines' emissions from flights to and from countries outside the EEA. When emissions from flights outside the EEA reach levels above 2019, they will have to be offset with corresponding carbon credits.

Extension of existing ETS to shipping

The Commission is also proposing to extend the existing EU ETS to emissions from maritime transport. It would cover CO2 emissions from large ships (above 5,000 gross tonnage), regardless of the flag they fly calling at an EU port for voyages within the EU (intra-EU voyages), as well as 50% of the emissions from voyages starting or ending outside of the EU (extra-EU voyages), and emissions that occur when ships are at berth in EU ports. This will be phased in over the period 2023 to 2025, with shipping companies having to surrender allowances for 100% of their verified emissions as of 2026.

The same rules on auctioning, transfer, surrender and cancellation of allowances, penalties and registries that apply to other sectors under the EU ETS will apply. Ships could also be denied entry to EU ports in cases of non-compliance for two or more consecutive years. The administering authority will be determined based on where the shipping company is registered. If the company is not registered in a Member State, it will be attributed to the Member State where it had the highest number of port calls in the two previous years. The Commission will publish a list of in-scope shipping companies and the relevant administering authority.

These changes are complemented by the FuelEU Maritime proposal, which proposes to increase the uptake of alternative, low-carbon fuels.

The Commission is proposing to create a parallel ETS for road transport and buildings from 2025, with fuel suppliers (who release for consumption fuels used for combustion in buildings and road transport) required to surrender allowances from 2026. This is where the rubber will really hit the road, as the scheme will start to impact consumers (and voters) for the first time in a more immediate, day to day context. The intention is to incentivise fuel suppliers to decarbonise their products.

The cap in the new ETS will be reduced annually to yield emissions reductions of 43% in 2030 compared to 2005. There will be no free allowances so all allowances will be auctioned under the new ETS. The explanatory memorandum to the proposal states that any possible merger of the existing ETS with the new parallel ETS should be assessed only after a few years of functioning of the new ETS.

To address the social impacts arising from the fact that the fuel suppliers are likely to pass on some of their carbon costs to consumers via energy bills and at petrol pumps, the Commission is proposing to create a new €72.2 billion Social Climate Fund, which will start operating one year ahead of the start of the new ETS and will be financed by 25% of the revenues from the new ETS, as well as from the EU budget and contributions from Member States.

It is worth noting that road transport and buildings will still be covered by the Effort Sharing Regulation, which means Member States will still need to put in place national measures to reduce emissions in these two sectors (e.g. measures on energy efficiency, renewables, ecodesign, CO2 emission standards, etc).

What does it mean in practice?

There are clear cost implications for those being brought into the system for the first time. Airline operators will also need to adjust to a new reality where they have to buy an increasing number of allowances over time, which will have significant cost implications for an industry already badly hit by the COVID-19 pandemic. And operators of existing in-scope installations will need to prepare for a world where the cost of carbon will (in all likelihood) continue to rise. Businesses with assets within the scope of the ETS can expect their investors to demand evidence of robust climate transition and decarbonisation planning for the short to medium term.

Perhaps the biggest surprise of all is just how controversial the plan to create a new ETS for road transport and buildings has been. In our previous blog post, we highlighted the rift that this proposal is causing not just across industry and Member States but also within the Commission itself. Member States’ environment ministers met recently for the first informal discussions on the Fit for 55 package since it was published on 14 July - and the road transport/buildings ETS was top of their list of grievances. There is genuine concern that this proposal could result in a new wave of social unrest reminiscent of the Yellow Vests (Gilets Jaunes) protests in France in 2018/19.

No one wants to see a repeat of that but at the same time the Commission has warned that if there is no ETS for road transport and buildings, emissions in those two sectors will still need to be reduced significantly. So if it’s not an ETS then it will have to be something else equally unappealing.

Business as usual will result in global temperatures overshooting the 1.5C limit in the Paris Agreement by a dangerous level. This is being hailed as the “make or break” decade for tackling climate change. The horrific scenes in the news these last few weeks of catastrophic floods, heatwaves and forest fires in Europe and elsewhere across the globe are an indication of the temperature rise that has already occurred and what may be to come.

The Commission’s proposals will now need to be considered and negotiated by the Council and European Parliament. This is likely to take several months (or longer) in what some have described as “epic battles” ahead. 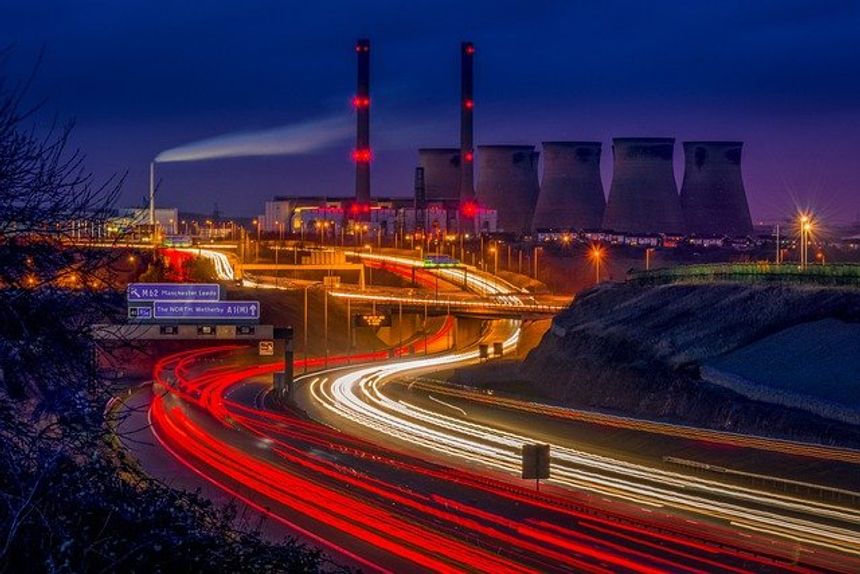 Kerry Liebenberg
Counsel
By Sara Feijao Julia Voskoboinikova Gilly Hutchinson
The Linklaters annual ESG outlook been published, and you can download your copy here: ESG Legal Outlook 2023. To help you navigate the...