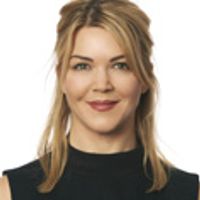 CO2 emissions from UK businesses will cease to be regulated under the EU Emissions Trading System (EU ETS) from 1 January 2021 when the Brexit transition period ends.

Over the summer, the UK government consulted on what should replace the EU ETS in the UK post Brexit (Consultation). The results reveal a significant preference across industry and the green community more generally for a new UK ETS that is linked to the EU ETS. The primary alternative, a carbon tax, which was also consulted on was widely rejected. The long-held perception of a carbon tax as providing low confidence that absolute reduction targets are met has again featured heavily in the feedback. There are also concerns that a lack of certainty as to the level of tax both now and in the future could undermine investment in low carbon technology. So called ‘cap and trade’ schemes allow scarcity of emissions allowances to drive price and are therefore seen as offering greater certainty to decision makers looking to transition to low carbon.

In its response to the Consultation, the UK government acknowledged the feedback it has received and confirmed that a UK ETS linked to the EU ETS is their preferred outcome too. However, in more recent months, the mood music emanating from the Department for Business, Energy & Industrial Strategy (BEIS) has suggested that a carbon tax has moved from a fall-back safety-net to the UK government’s preferred option.

Many market participants and industry bodies including IETA have voiced their deep concern about the UK abandoning carbon markets in favour of a tax, even temporarily. The messaging around such a decision is not one that would sit comfortably with the Prime Minister’s green ambitions. And this is particularly sensitive given the UK’s role as host to the upcoming global climate summit, COP26, in November 2021. We know that No 10’s plan for a ‘green industrial revolution’, details of which are expected to be announced this week, is already facing resistance from the Treasury, particularly given the latter’s unenviable task of mapping out the UK’s Covid recovery plans. So it is no surprise that a UK ETS versus a carbon emissions tax debate has also featured heavily on this battleground.

Regardless, the absence of clear messaging from the government on what carbon pricing regime will replace the EU ETS for UK participants – in just over 6 weeks’ time – is challenging those likely to be subject to compliance obligations.

Against this backdrop, the Greenhouse Gas Emissions Trading Scheme Order 2020 (Order) was made on 11 November 2020. There was no accompanying announcement from the UK government, but the Order clearly paves a way for a UK trading scheme to be implemented.

The Order establishes a UK-wide greenhouse gas emissions trading scheme (UK ETS), which, according to the Explanatory Memorandum that accompanies the Order, will be operational from 1 January 2021. It is worth noting that the Order is only one part of the legislative package that is required to deliver the UK ETS. Additional secondary legislation will also need to be introduced under the Finance Act 2020 to establish the rules for auctioning of emissions allowances and mechanisms to support market stability.

Key provisions included in the Order cover the scope of the scheme, monitoring and reporting requirements, the cap (the total level of emissions permitted), the trajectory (the rate at which the cap declines) and the roles of the regulators in monitoring and enforcing the rules of the scheme.

The Explanatory Memorandum to the Order explains that a further instrument under the Climate Change Act 2008 will be published before the end of the Brexit transition period to amend the Order to include provisions for free allocation of allowances and the UK ETS registry. Guidance for UK ETS participants will reportedly also be published prior to the start of the scheme on 1 January 2021.

If the UK government were to opt in favour of a carbon emissions tax, it would need to revoke the Order. Confusingly, however, publication of the Order should not be taken as confirmation that the UK government has ruled out a carbon emissions tax. Following the publication of the Order, the British minister for business, energy and clean growth, Kwasi Kwarteng, was called on 12 November 2020 to give evidence to the Select Committee inquiry into the future of carbon pricing and the option of a UK ETS. He indicated that the government had not yet made the decision whether to introduce a UK ETS or carbon tax and is quoted as saying that “a carbon tax has not been removed from the table”.

One could argue that given it is now mid-November, and there has still been no response to the UK government’s consultation on a carbon emissions tax (which ran to the end of September), and no draft legislation on the carbon emissions tax has yet been published, it is looking more likely that the UK ETS will be implemented come January.

Perhaps we should not forget the importance to the EU, from a state aid and free trade perspective, of seeing the UK align with its regulatory regime for carbon emissions and the equal importance the UK will attach to not conceding on this issue in the negotiations until the last moment. In that context, the continued uncertainty might be explained and therefore remain until the dust on a new trade deal with the EU has settled.

Either way, until the allowance auction timetable is published and participants have clarity over the liquidity and the allowance price in the UK ETS, it is equally likely that the system will be dysfunctional in the short term. This is unsatisfactory from an industry perspective to say the least. The silver lining is, perhaps, that the first compliance obligations under a UK scheme will not fall due until April 2022 - giving some time for the details of the scheme to be ironed out.