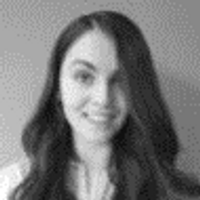 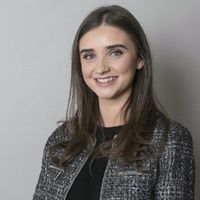 On 27 May 2022, the G7 ministers for climate, energy and environment published a communique of their final meeting ahead of this year’s G7 Summit, which will be held on 26-28 June at Schloss Elmau in Germany.

The G7 Summit is generally viewed as a precursor to events at the COP climate summit – meaning that the commitments and goals in this communique might also be an indicator of what to expect at COP27 in Egypt later this year.

What are the key takeaways?

Acceleration – The G7 energy ministers reaffirmed their commitment to strengthen and accelerate the implementation of the Paris Agreement, and to accelerate the clean energy transition. The energy ministers committed to increasing investment, including public finance, in sustainable energy technologies and acknowledged the IEA net zero scenario that the G7 should invest at least US$1.3 trillion in renewables by 2030.

Fossil fuels – The G7 energy ministers agreed to end taxpayer funding for overseas oil, gas and coal projects by end of 2022, and reaffirmed their commitment to end inefficient fossil fuel subsidies by 2025.  However, it was noted that rising fossil fuel prices, a result of the war in Ukraine, may require increased short-term financial relief, and the communique called on OPEC to pump more oil into the market to alleviate the strain on energy supplies – which arguably contradicts the call to accelerate decarbonisation efforts. The communique has also not set a timeline for the phase-out of coal power, despite noting it as a priority, and fails to address domestic public sector finance for fossil fuels.

Disclosure and reporting – The G7 energy ministers committed to strengthening the implementation of “effective binding and non-binding policy measures” such as domestic due diligence regulations and enhanced transparency and reporting across supply chains. The ministers acknowledged the need for legal clarity in respect of these regimes, and the need to avoid disproportionate burdens and costs for SMEs. The communique clarified that due diligence endeavours should use “internationally accepted risk-based due diligence standards” but did not describe any plans to coordinate or harmonise regimes. The communique did flag plastics waste and commodities resulting in deforestation as particular pain points and noted that these may become subject to new or increased international transparency or due diligence requirements.

Climate finance - The G7 energy ministers reaffirmed their goal to jointly mobilise US$100 billion per year through to 2025, which has not yet been achieved. The communique noted that there will be a progress report ahead of COP27, which will be based on the principles contained in last year’s delivery plan, and that the G7 is working to implement the Glasgow Climate Pact’s goal to double climate finance provisions for adaptation to developing countries by 2025.

Hydrogen – The G7 energy ministers launched the G7 Hydrogen Action Pact (G7-HAP) and committed to accelerate the development of low-carbon and renewable hydrogen value chains, speed up the shaping of regulatory frameworks and common standards. The G7 ministers also confirmed their “strong financial commitment for the market ramp-up of low carbon and renewable hydrogen and its derivatives”.

Biodiversity –The G7 affirmed their commitment to the G7 2030 Nature Compact target to conserve or protect at least 30% of the global land and global ocean by 2030. G7 members who are also party to the Convention on Biological Diversity (CBD) (all except for the US) committed to aligning all financial flows with biodiversity objectives by 2030 and will submit revised National Biodiversity Strategies and Action Plans by the CBD COP16.

Transport – The G7 energy ministers committed to a “highly decarbonised road sector” by 2030, including increased support for zero emissions vehicles and an accelerated phase-out of new diesel and petrol cars. The G7 ministers also pledged to support the International Civil Aviation Organisation's (ICAO) goal to deliver net zero emissions from international aviation by 2050, including by supporting research into fuel efficiency and electric or hydrogen-based solutions.

Real estate and infrastructure - The G7 energy ministers committed to reduce energy-related emissions from public and private buildings, including by setting performance and design standards and incentivising renovations. Direct, indirect and embodied emissions from existing buildings and the construction industry currently contribute to approximately 40% of global CO2 emissions. The communique stresses the importance of green urban planning but notes that this will be a city-to-city development. This will likely be reliant on local mayors and stakeholders, and therefore on domestic regimes.

Key messages ahead of COP27

This communique builds on commitments from previous G7 summits (see here) and from COP26 (see here) – moving from a "phase-down" of coal  to a "phase-out" and pledging accelerated global decarbonisation and the clean energy transition.

This is also the first time that all G7 members (Canada, France, Germany, Italy, Japan, UK, and US) have agreed to end overseas fossil fuel financing, a major milestone in the process for phasing out fossil fuel – despite criticism over loopholes for existing fossil fuel projects (see here).