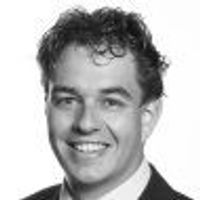 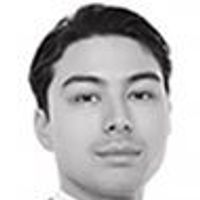 On 18 March 2022, the Dutch cabinet adopted plans that will result in further major changes to the offshore wind landscape in the Netherlands in the coming 10-year period. This corresponds with the ambitions as set out in the Coalition Agreement published on 15 December 2021, see our blog post here. Among other things, it envisages an increase in offshore wind energy. In part, expenses in the amount of €1.69 billion in connection with the increase in offshore wind energy will be drawn from the climate and transition fund (Klimaatfonds). This is a government fund introduced in the Coalition Agreement and supervised by the Dutch Minister of Climate and Energy (Minister van Klimaat en Energie).

The current Dutch cabinet’s policy with regard to offshore wind energy was laid down in the recently adopted National Water Programme 2022-2027 (Nationaal Water Programma) (the “NWP”). Part of the NWP is the North Sea Programme (Programma Noordzee) which describes the requirements and procedures for an efficient and safe spatial development of the North Sea.

The Dutch cabinet designated three new areas for offshore wind parcs and confirmed two previously designated areas. The latter areas are: the northern part of IJmuiden Ver and the southern part of Hollandse Kust (west). The three newly designated offshore wind areas have been given the following names: Nederwiek, Lagelander and Doordewind. In aggregate, these areas will contribute an additional 10.7 GW of offshore wind energy up to 2030. The exact location of the offshore wind farms will be decided by the Dutch government in the summer of 2022 in the Offshore Wind Energy Roadmap 2030 (Routekaart windenergie op zee 2030).

The designated offshore wind areas have been chosen following careful consideration of other interests in the North Sea, such as shipping, fisheries, recreation, nature and defence. In this respect, the agreements made in the North Sea Agreement (Het Akkoord voor de Noordzee) have been considered. In this context, multifunctional use of space (multifunctioneel gebruik) will be a guiding principle for the further growth of offshore wind.

The further growth of offshore wind energy (and other renewables) requires a coherent integration into the current energy system in the Netherlands. Effectively, offshore wind energy supply must be in line with demand and a developed and equipped infrastructure for transport and storage will be needed. It is expected, as for the current Hollandse Kust West Site VII tender, that energy system integration will become a decisive factor in the coming rounds of offshore wind tenders.

It is expected that the demand for offshore wind energy in the Netherlands will be between 38 GW and 72 GW by 2050. This will depend on industry becoming more sustainable by electrification whilst this transition will drive industry’s energy demand in its way to become net zero by 2050. The Dutch government’s plans on establishing an electrolyser capacity of between 3 and 4 GW by 2030 go hand in hand with the increase in offshore wind. The North Sea Agreement also contains a clause which presents the possibility to further increase offshore wind capacity with an additional 20 to 40 GW albeit that the principles as agreed in the North Sea Agreement must be adhered to.

At this point, the Offshore Wind Energy Roadmap 2040 (Routekaart windenergie op zee 2040) is being worked on and is expected to be finalised and published in the course of 2023. To date, the following is known.

The objective of the Offshore Wind Energy Roadmap 2040 is twofold. First, the roadmap will shape the further roll-out and planning of offshore wind parks. Secondly, it will focus on a development plan for the necessary transport infrastructure to feed in and integrate the larger renewable energy volumes in the current energy system in the Netherlands (e.g., transmission grid updates, electrolyser capacity and storage). In this context, the European Union (EU) Strategy on Offshore Renewable Energy is expected to play an important role, click here to read more.  The development infrastructure plan for the Netherlands must take into account the conditions and boundaries set in such a strategy and the division of tasks of the actors in the future energy system.

The incentive scheme opens up a number of new categories such as hydrogen production installations that are directly connected to a wind or solar park and hybrid industrial glass furnaces and industrial heat pumps (with a minimum of 3,000 full load hours).

Important to note is that as a result of an evaluation of the SDE++ incentive scheme (and comparable incentives scheme that preceded it), the SDE++ incentive scheme will be amended from 2023 onwards. Consequently, each technique will have a reserved budget (i.e., a 'fence system' (hekjessysteem)), which will ensure that the technology for which the fence is intended has a higher chance of receiving a subsidy grant. Rationale for this amendment being to make way for certain techniques that are not (yet) as cost efficient but essential over the longer term to achieve net zero.