On 22 June 2021, the FCA published two consultation papers with proposals to extend reporting in line with the recommendations of the Task Force on Climate-related Financial Disclosures (TCFD) to:

This forms part of the UK’s ambition to roll out mandatory TCFD reporting across the economy by 2025, with most of the measures expected to be introduced by 2023 (see here).

This note focusses on the TCFD proposals for standard listed companies. For more information on the proposals for asset managers and owners, see here.

In December 2020, the FCA published PS20/17 with a new Listing Rule requiring premium-listed companies to include a statement in their annual report about whether they have made disclosures about their exposure to climate change risks and opportunities in line with the recommendations of the TCFD. The new rule applies on a ‘comply or explain’ basis, to financial years beginning on or after 1 January 2021. That rule is accompanied by guidance on the level of detail in companies’ disclosures, which clarifies the limited circumstances in which the FCA would expect in-scope companies to explain rather than disclose. For more information, see here.

In a related move, the Department for Business, Energy & Industrial Strategy (BEIS) has also been consulting on making TCFD reporting mandatory (via provisions in the Companies Act 2006 and Limited Liability Partnerships Act 2000) for publicly quoted companies, large private companies and LLPs (see here). That consultation closed in May 2021 and those regulations are expected to be made by the end of 2021, with a view to those requirements applying to accounting periods starting on or after 6 April 2022.

The FCA acknowledges that there is partial overlap between the scope of its existing and proposed Listing Rules and BEIS’ proposed new rules and says it has been working closely with BEIS to deliver a coherent disclosure regime for companies within the scope of both regimes.

When will the new rule apply?

The new FCA rule for standard listed companies would take effect for financial years beginning on or after 1 January 2022. This would mean that the first annual financial reports issued in compliance with the proposed rule would be published in 2023.

The FCA consultation closes on 10 September 2021 and a Policy Statement with the finalised rules is expected by the end of 2021.

Is the rule mandatory or ‘comply or explain’?

The UK government’s intention is to make TCFD-aligned reporting mandatory across the economy (see here). And the wider G7 recently also confirmed its support for mandatory TCFD reporting (see here).

However, although the FCA has confirmed its “strong support” for a pathway to mandatory climate-related disclosures, it has concluded that now is not the right time to make the new Listing Rules mandatory: “The evidence suggests that issuers still face challenges in preparing climate-related financial disclosures, in part due to outstanding definitional issues unrelated to our rules (proposed and existing), challenges in creating the primary data and the need to develop internal capabilities. So we still see the need for an approach that fosters best practice but that will not force issuers into making disclosures they cannot confidently support, or that may discourage them from making best efforts.”

The FCA also thinks it is important to take stock of how the IFRS Foundation’s work to develop a global sustainability reporting standard (see here) develops in the coming months before proposing to move the FCA rule (for both premium and standard listed issuers) to a mandatory compliance basis. The FCA says that if the implementation of a common international standard is materially delayed, it would expect to consult on moving its TCFD-aligned disclosure rules to a mandatory compliance basis, in line with the timeline in the government’s wider roadmap.

So for the time being, TCFD-aligned reporting under the Listing Rules will apply on a ‘comply or explain’ basis – both to standard and premium listed companies – but this could change in the near future.

The FCA has said that, although it is not required under the rules, it sees “significant value” in third party audit and assurance of listed companies’ climate-related disclosures in the longer term and encourages issuers to continue to consider obtaining third-party verification or assurance on a voluntary basis. However, it is worth noting that that there are issues with climate assurance at the moment given data gaps, lack of a clear set of standards to assure against, and the need to capacity build in that market.

The FCA has also said that other voluntary frameworks, in particular the industry-specific sustainability standards (which extend beyond climate matters) developed by the Sustainability Accounting Standards Board (SASB), may helpfully complement the TCFD’s recommendations. The FRC, in its climate thematic review in 2020, also encouraged UK public interest entities to report against the TCFD’s recommended disclosures, using SASB metrics for their particular sector (see here). (Note that SASB and the International Integrated Reporting Council (IIRC) merged in June 2021 to form the Value Reporting Foundation.)

Other ESG issues in the consultation

The FCA consultation also seeks views (but without proposing changes to the rules) on other ESG issues in capital markets - particularly in relation to green, social and sustainability bonds. The consultation paper discusses sustainability frameworks and how they are reflected in bond prospectuses and transaction documents. It also outlines issues related to third party reviews, as well as ESG data and rating providers.

What is the real driver for all of this?

The FCA rules on TCFD-aligned disclosures for premium and standard listed companies are not reporting just for the sake of reporting; a mere tick-box compliance exercise.

The UK and several other countries have pledged to become net zero by 2050. This will require the reallocation of very significant amounts of (private and public) capital towards activities that are greener and more sustainable. And in order to make better informed decisions, investors need more and better climate data from investee companies. In the press release accompanying the consultation, the FCA makes it clear that current climate-related disclosures in the UK do not yet meet the needs of investors and market participants.

In the words of the FCA: “Effective capital markets rely on good corporate disclosures to inform asset pricing and capital allocation. Climate change is a relevant consideration for all companies and likely to be material for most.”

And to quote Larry Fink, the CEO of BlackRock: “Last year, I wrote that climate risk is investment risk. I said then that as markets started to price climate risk into the value of securities, it would spark a fundamental reallocation of capital. Then the pandemic took hold – and in March, the conventional wisdom was the crisis would divert attention from climate. But just the opposite took place, and the reallocation of capital accelerated even faster than I anticipated.”

Although a great deal of emphasis is put on the risks associated with climate change, lest we forget, the TCFD is also aimed at drawing out the opportunities that can arise from the transition to a net zero economy. 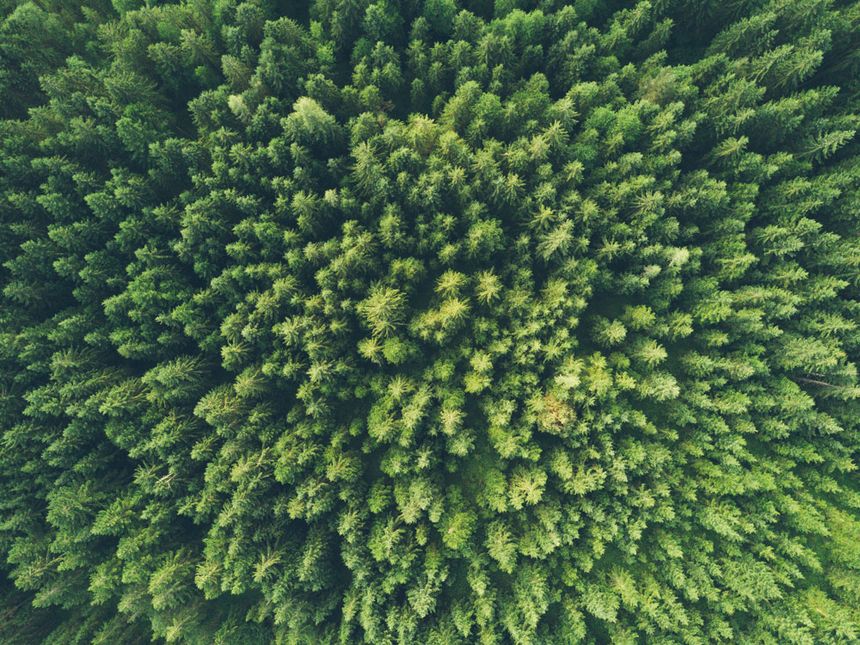