After weeks of heated negotiations, the European Parliament (EP) and Council  have finally reached political agreement on the draft EU climate law, which will enshrine the net zero by 2050 target.

However, it’s worth noting that the 2050 target is a “collective” legal obligation, rather than a legal obligation on every Member State individually - which means that some Member States will be allowed to reach the target later if others manage to meet it sooner.

The EP and Council have also agreed on a new 2030 target of reducing net greenhouse gas (GHG) emissions by “at least 55%” by 2030, compared to 1990 levels. The Parliament wanted a 60% reduction but agreed to “at least 55%” in exchange for a number of concessions.

The EP and Council have also agreed establish an independent scientific advisory body (the “European Scientific Advisory Board”) to advise policymakers on the alignment of EU policies with the EU’s climate neutrality goal. The new body will provide scientific advice and report on existing and proposed policy measures and targets as well as GHG budgets.

The EU negotiators also agreed that a 2040 target, which will be informed by a GHG budget, to be proposed within six months of the first global stock-take of the Paris Agreement in 2023. Beyond 2050, EU negotiators agreed to strive towards reaching negative emissions. The Commission has also agreed to help create sectoral road maps, for the decarbonisation of industrial sectors that make a request for it.

This means the EU will be able to show up to President Biden’s (virtual) Leaders Summit on Climate tomorrow with their heads held high - particularly important as the UK has just announced a new climate target of 78% reduction in GHG emissions by 2035, and the US and China are going head to head in a game of climate one upmanship.

The political agreement on the EU climate law will now need to be formally approved by the EP and Council before it can be adopted and published in the Official Journal later this year.

European Union negotiators reached a deal on the European Climate Law after 14 hours of talks on Wednesday (21 April), allowing the EU to go into this week’s US-hosted climate summit with an agreement on the bloc’s 2030 target. 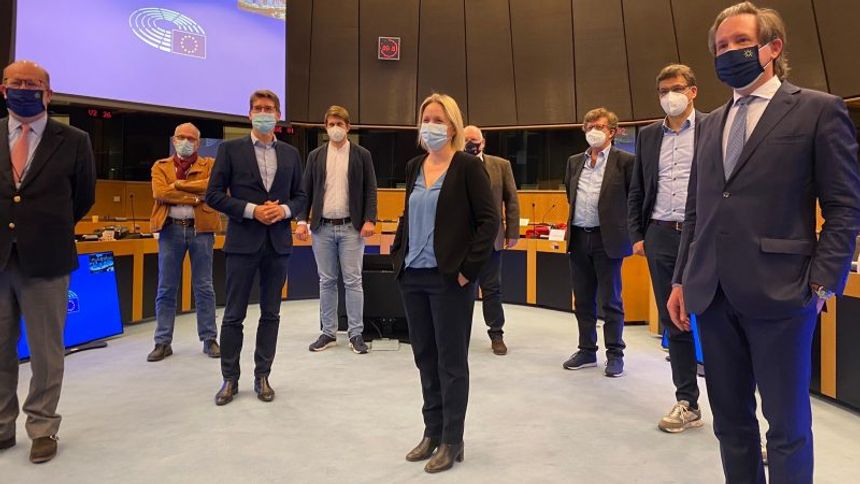